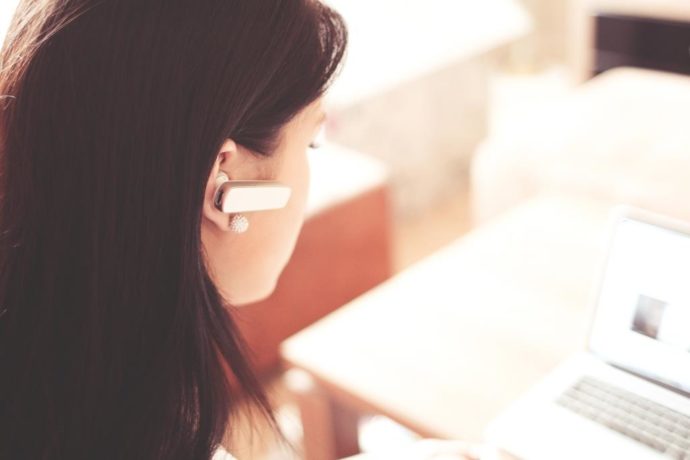 A computer that can determine whether or not you are the right candidate for a job? – My colleague Anke Tillmann wanted to find out more and has shared her experience with us:

“What do you like most about your current job?” the computer asks me during our 20-minute “conversation”. My answer is simple: that I get the opportunity to do this test! After I have confirmed my answer on the phone keypad, the next question is played: “Which events in your life make you particularly proud?”

Precire, the recruiting software by the German-based company Precire Technologies, mainly asks me about pleasant things. The computer doesn’t really care about my answers though. It just wants to make me talk. My interview partner Philipp Grochowski tells me that no scientist of Precire’s team will listen to my recording either. The computer does all the work on its own. It analyses the way I speak by focusing on my speech rate and volume, the number of fillers I use (um, like, you know etc.), the sentence length and language complexity. The software examines words that we cannot control consciously. For example, if we use “must” or “should” a lot, we sound compulsive to our listener. If we use relativisations such as “partly” or “slightly”, we come across as insecure. Whether we sound positive or negative in a conversation depends largely on the linguistic resilience index. This measures whether we use more expressions such as “sun, warm, hope, joy, beautiful” or more words like “cold, difficult, stupid, sad, problem” and thus determines our resilience. I am lucky: The speech computer concludes I approach change and challenges with optimism.

If you are now thinking “Alright, if I ever end up in a speech analysis test, I will just focus on using positive words”, I have to disappoint you: As soon as we talk continuously for more than a few minutes, we cannot control the way we speak. If we specifically comment on something in a meeting, we think carefully how we want to phrase what we want to say. However, if we give a long presentation controlling our speech becomes more difficult. We will be well prepared to deliver the content we want to talk about. However, the way we talk is part of our personality and difficult to control. I tell Mr Grochowski that I waited till all of my colleagues had left the office before I started the test. The feeling of somebody listening to what I say would have inhibited me and thus, I worried, would have had an impact on the test result. Mr Grochowski, however, explains: “This wouldn’t have made much of a difference. Maybe two or three parameters would have been slightly different at the end, but that would not have had an impact on the final result.” And this final result is very interesting: Precire compares my data with patterns and structures of a vast amount of reference data and draws very specific conclusions with regards to my personality. At first, I am sceptical when I see the result. “Yes, sure, the computer just found all this out just by talking to me.” I think scornfully. Probably it’s just self-preservation: I need to process everything that Precire has come up with. But on a second glance, the result is baffling: The software has captured my personality in a frighteningly precise manner. My sociability, for instance, is average. This means: I like chatting with friends and colleagues and getting to know new people. However, I still do need to be able to withdraw. “Sales would not be the right thing for you”, says Mr Grochowski translating the result into career terms. My results are above average in the areas of commitment, empathy and curiosity, which of course makes me happy. However, my tendency to use fillers is just as much above average (um, really?!). Mr Grochowski calms me down: “This is something you can work on”.

Speaking of “work on” – this brings me to the main area the software is used in: HR development. Some companies test their employees in order to improve their skills. Precire offers tutorials and training after the testing to improve certain skills. Like this the uncouth boss can learn to appreciate their staff more, and the reluctant sales person can learn how to seal the deal when talking to a client. The training will help you to widen your linguistic spectrum and teach you to steer dialogues actively. I am beginning to like this. Surely, there are also some “Get rid of your Um” tutorials.

The second area in which speech analysis is very useful is recruiting. In this area too, the aim is to leave nothing to chance. Precire can help to get to know applicants better. The test is conducted before a potential interview. The HR person can then discuss the findings with the applicant during the interview itself. They also get a good idea of what questions to ask even before they meet the applicant in person. Are they really suited for a management position even though the software says they are not very assertive? The candidate might be extremely motivated and committed but do they have enough empathy to look after their employees?

The times in which everybody could just talk the way they wanted are definitely over, I think. The imperfect is being eradicated. I can see us all running around like optimised wax figures. That, of course, is not the intention, says Mr Grochowski. The objective is to learn using language effectively for our own goals – a handy tool that we always carry with us. Precire understands it as a supplementary medium in recruiting. Speech analysis never could and never should replace a job application let alone an interview.

One thing is certain: technologies such as Precire will shake up the world of employment to its core. And observing how the market changes, is one of the most interesting parts of my job. This is what I’ll tell the computer next time.

This article is an adaptation of the German article “Rekrutierung per Sprachanalyse: Ohren auf bei der Bewerberwahl!” by Anke Tillmann which was first published on www.agentur-jugendstil.com/blog.